As imperfect as it may be, the Scientific Method remains humanity’s greatest tool. Some may even see it as the lever to move the world. But a tool for doing what? As Greg Epstein points out, it is the “most reliable tool for determining the nature of the world around us.” In this blog entry, we’ll take a look at some ideas for introducing the scientific method to students. What’s more, I’ll offer some suggestions for engaging young scientists.

The scientific method is an empirical method of acquiring knowledge. It has characterized the development of science since at least the 17th century. It involves careful observation, observing then applying rigorous skepticism to those observations. That’s important since one’s cognitive assumptions can distort how one interprets the observation. (source)

The process varies in its details from one discipline to another. But generally, the scientific method is often represented in a simple diagram:

Although the steps appear simple, more work must take place than just completing a science lab. Students must engage in discussion and reflection. As I reviewed some of the fun labs in this blog entry, I realized that I had had little exposure to the problem-solving aspect in my school days. To make sure that’s not happening with your students, be sure to follow the steps included in the diagram below. View online and make a copy

Engaging in scientific reasoning and critical thinking is hard work. How do you introduce it to students in a way that engages them? In the blog entry, How to Design Research-Based Science Lessons, I describe the first step which includes three goals:

This means that students must internalize the scientific method and engage in metacognition. They must ask themselves, “What does the evidence say? What do I think about that evidence? What does it imply for next steps?”

Below are some tried and true demonstrations that students can observe, write about, and discuss: Does water temperature affect how fast an Efferdent tablet dissolves? Give this activity a try for middle school students.

Here are some suggestions from Carlos Gomez. I’ve also included some website links I thought might be helpful: Use scientific method as students differentiate between speed, velocity, and acceleration. They will also compare and contrast Newton’s three laws. Try this activity with high school chemistry students. Students write their own research questions about slug feeding behavior, then gather evidence. The goal is to learn how to design experiments that successfully gather the evidence needed. This activity works well for middle and high school students. 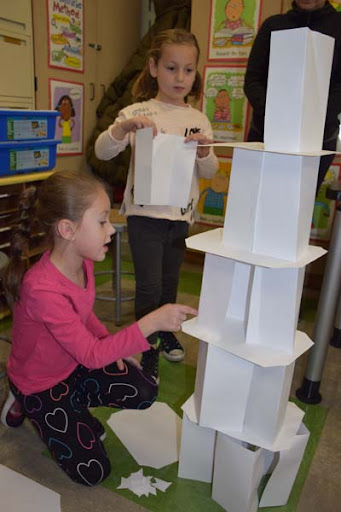 See image source, along with other examples

There are many other cool lab ideas that can engage students. Use these to develop their scientific reasoning.

Be sure to explore Save Fred, Pringle Ring Challenge, Baking Soda Rockets, and Gummy Bear Osmosis. You may find the Bubble Gum Lab and Elephant Toothpaste of interest as well.

You can find many more labs for a variety of age ranges and grade levels online. Here are a few places where you can find those:

In part two of this blog, Interactive Science: Virtual Labs, we will explore virtual labs that can help with the Scientific Method. Stay tuned!